Rockview Cottage is located in the charming and historic harbour village of Corrie on Arran’s East coast, just six miles from the ferry terminal and the island’s main town of Brodick. 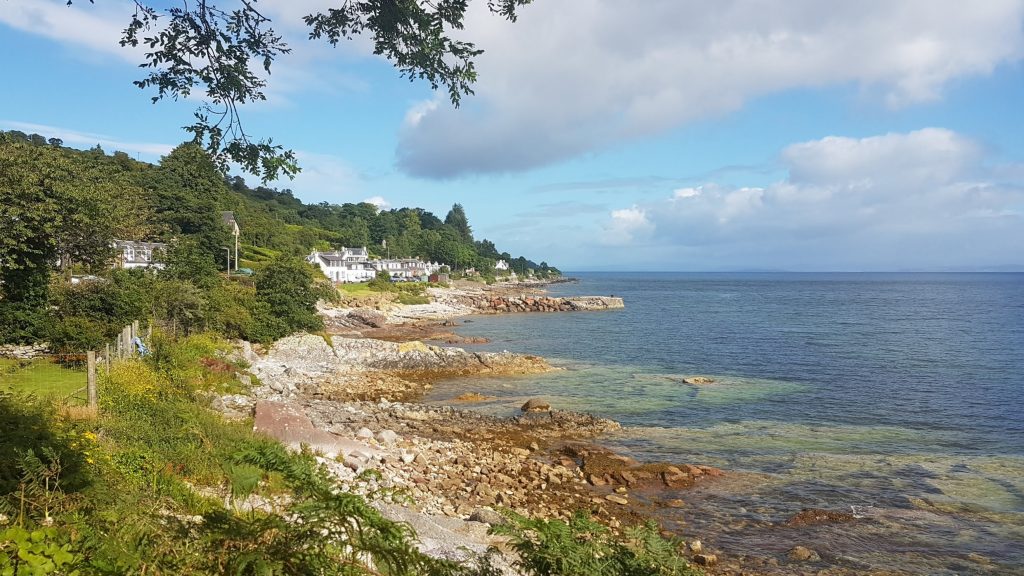 Corrie’s small white cottages meander along the shoreline under Arran’s spectacular mountains, looking across a dramatic rocky coastline and two harbours to the wide, blue horizon of the Firth of Clyde and the Ayrshire coast. Inspiration for many artists and photographers, Corrie has been described as “one of the prettiest villages in Europe”* and is a haven for lovers of wildlife, as frequent visitors include deer, red squirrels, otters, basking sharks, dolphins, seals, and a wide variety of sea birds. 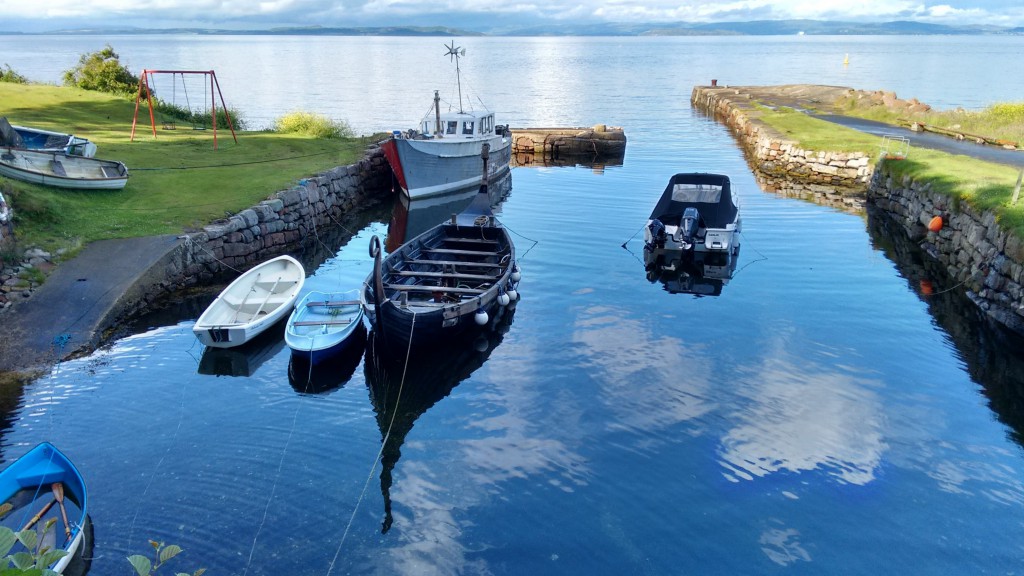 Corrie has long been a popular holiday destination and was frequently visited by the Clyde steamers as they circumnavigated the island. Rockview Cottage is in the the oldest part of the village, which is now a conservation area, and the cottage is named for the lovely views along the coast to the “Ferry Rock” where the steamer passengers would embark and disembark by rowing boat. 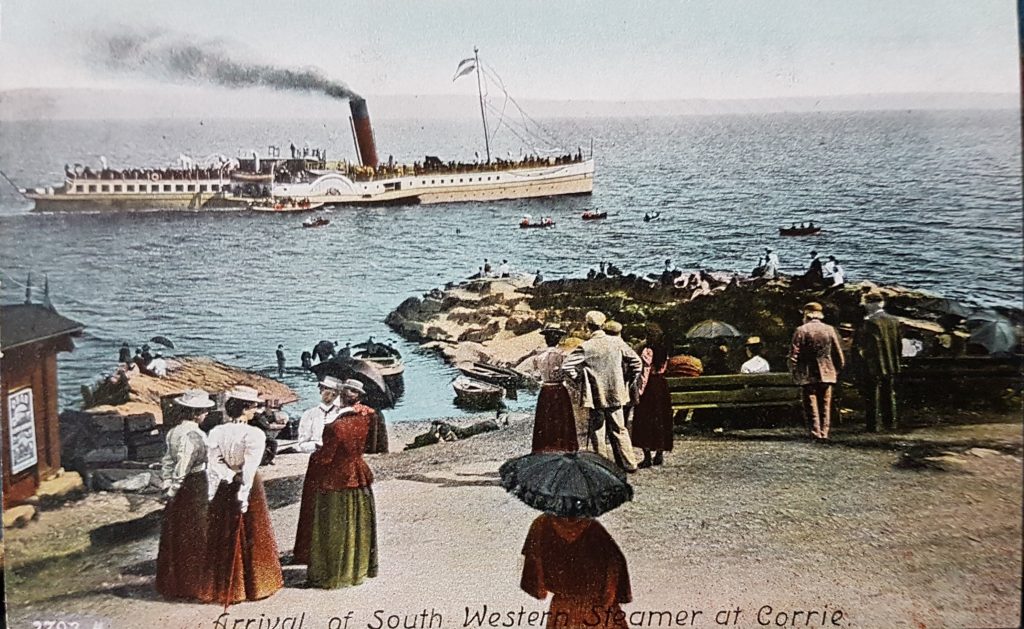 The name “Corrie” is derived from the Gaelic “an coire”, meaning a curved hollow, and the history of the village is closely linked with its geology. A distinctive red sandstone, used to construct many fine buildings in Scotland, was quarried here and the larger of the two harbours is still known as the “Sandstone Harbour”. Lime was also extracted and processed in cliff caves and the limekilns can still be seen behind the wood carver’s workshop. The undulating coastline is now designated as a Site of Special Scientific Interest and groups of geology students can often be seen studying the shoreline. 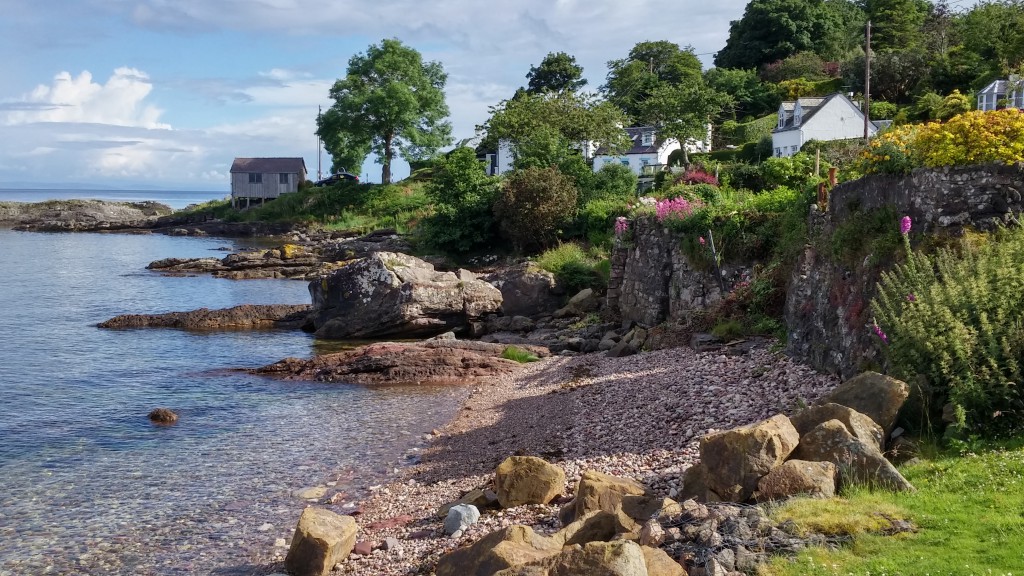 Local Facilities
The Corrie Hotel which is a short (and very pretty) walk along the coast from Rockview, has a public bar where you will often find live music, a breezy beer garden overlooking the sea and lunches and evening meals are served. The village also features Mara, a popular take-away seafood bar/deli, but for general shopping the busy town of Brodick is a short drive or bus ride away. Corrie has a church and a village hall  where there are communal activities including a film club, fetes and exhibitions. 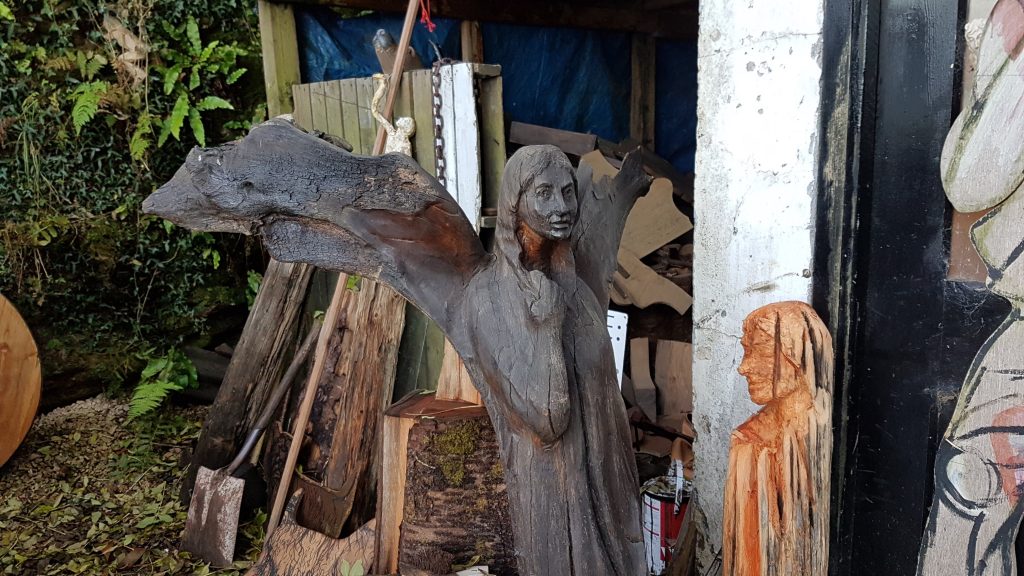 Activities
Corrie and the adjoining village of Sannox offer plenty of activities including hill walking and rock climbing, pony trekking, fishing and a scenic 9-hole golf course. The seashore offers great rock-pools, including a eccentric man-made bath cut into the coastal rock formation by an 18th century resident doctor. Rockview Cottage is just a short walk from the historic clachan of High Corrie and the path to Arran’s highest peak Goatfell, and is within easy access of the lovely sandy Sannox beach. 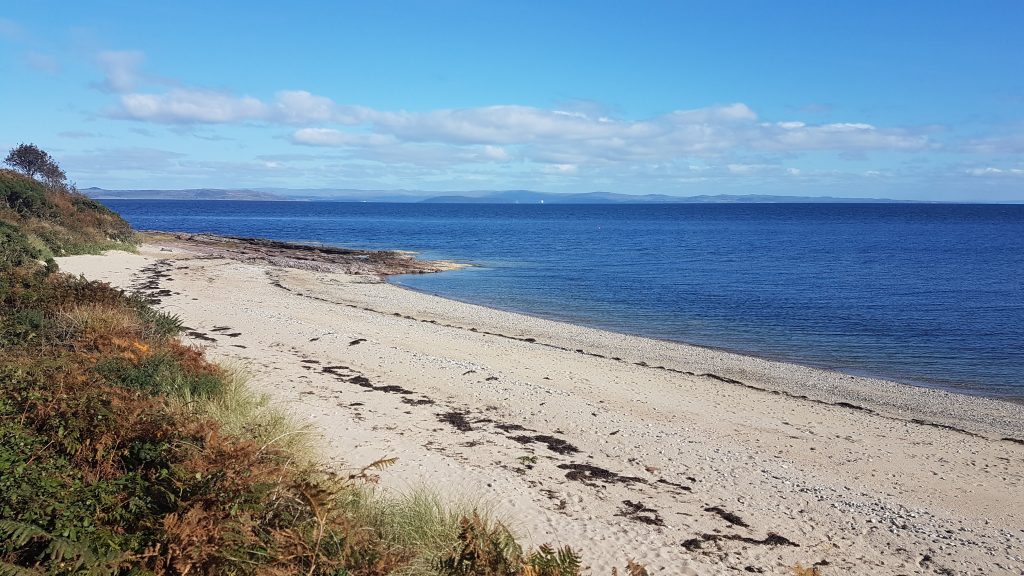 Spring has sprung at Rockview (and then the hail c

I spotted this happy chappy on the beach at Whitef

Unexpectedly re-available. Let me know if you are

We have enjoyed seeing the Hebridean Isles on the

Happy Christmas to all our visitors, past and futu

Glimpses of Rockview Cottage.... ready for the nex

Good day to snuggle down by the wood burner. #sto

Delighted to find this on eBay - Hugh Paton's visi

The wonderful Library in the Woods at Eas-Mor, Kil

A lovely thank-you gift from a happy guest @gracel

Due to a cancellation Rockview is available for a

The colours of Arran are glorious at the moment. A

Rockview Cottage has been spruced up and is ready

We look forward to welcoming our visitors to our s

Flash is looking forward to visiting his favourite

A resident of Glen Rosa, as spotted by one of our

sirjondangerous
11:36 01 Dec 21
Lovely, comfortable and cosy cottage, well equipped and with a lovely garden, very handy for both Brodick and the mountains. Owners are friendly and helpful above-and-beyond expectations. Highly recommended

John Kennett
19:31 14 Sep 21
Rock View, Rock View so nice we visited it twice!Delightful cottage, good facilities, lovely garden; and, it never rains in Arran! (that's our experience).Every morning is different; waking to a view of the sea and sky, and evenings watch the sun set and the moon rise perched on the rocks out front listening to the lap of the sea on the shore or seated in the tiered garden.

Nicola Giddings
13:50 21 Jun 21
Stayed here this month. Fantastic cottage! Nice quiet setting in Corrie. The garden has many levels and was perfect to sit out with a drink and listen to the water. Wonderful views from the bedroom windows. Cottage had everything we might need. We really enjoyed the oaties and cheese left for us, thank you. Short walk to the pub in the local hotel. Highly recommend.

Clare Rocks
16:31 20 Jun 21
We had a fabulous week at Rockview cottage in Corrie. It is in a peaceful and very picturesque location. The whole of Arran is stunning but Corrie has something special. The cottage is very comfortable and beautifully decorated. The garden is lovely and being on different levels means you can enjoy the sea views from different aspects. The owners were extremely helpful and we made the most of their recommendations on where to go. Our dog also appreciated Flash's doggy tips. Do remember to pack midge repellent depending on time of year. We hope to be back!

Dan Chapman
12:24 08 Jun 21
Gorgeous, characterful cottage with excellent facilities.Situated in Corrie it is wonderfully quiet but within easy driving/cycle distance of Brodick and the attractions in the north of the island.There is a lovely, well kept garden which teems with bird life and has a range of seating options to make the most of the sun.One thing to note, parts of the garden and the interior stairs are quite steep so might not suit everyone but otherwise heartily recommended.

Lynn Walker
08:58 31 May 21
Thank you Sandra and Roger, your cottage is absolutely perfect. It's in a superb location and the views from the garden are brilliant. We couldn't have wished for a better place to stay. The cheese and oaties were a lovely touch, thank you.

Colette Fuller
10:47 08 May 21
We've had a lovely stay in this great little cottage. Perfectly located in Corrie, with fab views out to sea and handily located not far from the pub! We were warm, comfortable, and had everything we needed. The owners had good communication with us before our holiday as we're concerned about covid restrictions, but everything was covered and we had a great stay exploring Arran!
See All Reviews